As a Certified Health Coach, we can show you simple steps that will help you take charge of your health and achieve optimal wellness.

Mr. Antonio Moises Martinez currently serves the City of El Paso Be Well Program as Health Project Coordinator. As a coordinator and Certified Health Coach, he believes in helping and supporting our El Paso community to move towards wellness. His interest in becoming a health coach came from developing coaching skills while rearing three beautiful children. His educational background consists of a Master of Science in Psychology and a Bachelor of Arts in Biological Sciences. Prior to the City, Mr. Martinez served as Program Director for Aliviane, Inc., where he oversaw the Prevention Resource Center for Region 10 and the Advocates for Prevention Coalition. Before serving at Aliviane, Mr. Martinez served the Latino Alcohol & Health Disparities Research Center (LAHDR) as Program Manager where he supervised all grant activities, co-developed research plans, assisted in event planning, fostered collaborations with organizations, and assisted with training dissemination. Before his involvement with LAHDR, he was working part-time in the Department of Psychology with Dr. Wiebe as a Research Assistant in his lab where he gained research experience and understanding of cognitive behavior therapy. Concurrently, Mr. Martinez served the City of El Paso Department of Public Health as a Surveillance and Prevention Specialist where he identified notifiable conditions and developed reports documenting STD trends. Before the City of El Paso, he worked for the local AIDS Service Organization as Director of Programs where he gained experience in providing social services and advocacy. Before working for seven years in the field of HIV/AIDS, he built his early involvement in the area of pharmaceuticals by working in hospital pharmacies for six years where he gained experience in patient assistance programs, outpatient, and inpatient pharmacies. Mr. Martinez has been trained in different evidence-based strategies and other public health topics. 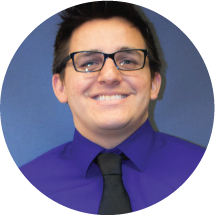 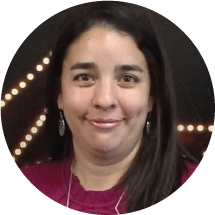 Mrs. Gabriela Herrera currently serves the City of El Paso Be Well as a Health Educator. As an educator and Certified Health Coach, she strives to be a great resource for the El Paso community by helping support and guide them on their health journey. She is passionate about health and wellness and wants to be a positive role model for her family and co-workers. She received her Bachelor of Science in Health Promotion with a minor in Community Health from the University of Texas at El Paso (UTEP) in 2005 and her Master of Science in Mental Health and Wellness from Grand Canyon University in 2018. Prior to working for the City, Mrs. Herrera worked at TTUHSC El Paso Department of Family and Community as a Research Associate for the BEST program. She had previously worked for nine years as a Health Educator for the Department of Public Health on programs related to tobacco prevention, sexual health, and community and worksite wellness. After graduating from UTEP, she worked as an Intervention Coordinator, for a program aimed at reducing the incidence of binge drinking among UTEP college students and as a Health Educator for Southern New Mexico Human Development with a program geared at reducing drug use and truancy among at-risk high school students in the Gadsden Independent School District. In addition to being a Certified Health Coach, Mrs. Herrera is also a Certified Lifestyle Coach for Diabetes Prevention.

Mr. Jude Betancourt currently serves the City of El Paso Be Well program as a Certified Health Coach. As a Health Educator and Certified Health Coach, he believes in promoting health and educating the people of El Paso in order to make a positive impact in the overall health of the community. He became interested in health at an early age while playing sports and now strives to promote a healthy lifestyle for his son. His educational background consists of a Bachelor of Science in Public Health and a Bachelor of Arts in Criminal Justice. Prior to working for the City of El Paso, Mr. Betancourt served as Health Educator for Ben Archer Health Center, where he provided nutrition and diabetes education for patients. Before serving as Health Educator, Mr. Betancourt served as a Community Health Worker for Ben Archer Health Center where he assisted in programs aimed at prevention such as tobacco cessation and diabetes prevention. Before serving at Ben Archer Health Center, he interned at the Student Health Center at New Mexico State University where he worked on health programs aimed at the student population such as sexually transmitted disease and drug abuse prevention. Mr. Betancourt is also a Certified Lifestyle Coach for the National Diabetes Prevention Program through the Centers for Disease Control. 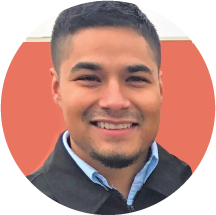